On 1 September, Nintendo hit the headlines once again for the wrong reasons. This time, it was about an alleged Nintendo DMCA takedown notice issued to online game marketplace Game Jolt. Nintendo DMCA takedown-related news are like gold for websites – netizens across the internet feel very passionately and strongly that Nintendo should allow freely distributed fan-made games to coexist peacefully with Nintendo’s own games. So, stories like this tend to generate a lot of hits and discussion.

It’s a perfectly fair topic though, particularly given Nintendo’s history of common and public missteps in their handling of fan projects.

Is there more to the story?

With this particular story involving Game Jolt though, only a few sites actually reported on what’s possibly the most important reason for the takedown notice. Sites like Kotaku, Polygon, Ars Technica, rushed to publish the story of Nintendo, the big bad corporation, once again trampling on the fans they rely on to spend money on Nintendo hardware and software.

To set the context, the most common stance against Nintendo’s treatment of fan-made games is that since they are free and not distributed for profit, Nintendo should let the game exist. Go into any article about a Nintendo DMCA takedown notice and check the comments. You’ll see that’s the most common refrain.

A selection of comments from various sites:

“Nothing can be gained from a crackdown on non-profit fan works. Our corporatist culture is pathetic.”

“I understand Nintendo wanting to protect their IP, but they’re acting in a manner as if Let’s Plays and fan games and mods don’t exist. Making a free fan game isn’t removing Nintendo’s ability to make a profit. Let’s Plays have contributed to several purchases of my own (when it goes on sale, I’m buying Rimworld because I saw Pyrion Flax playing it. I purchased Heart of Iron 4 for the same reason.) Nintendo should embrace these things, but they’re flailing and throwing takedowns at fans and supporters.”

“Why does Nintendo hate its fans so much? Somebody needs to take the broomstick out of the Nintendo lawyers’ ass.”

Now, back to the reason for the takedown notice, extracted from the alleged DMCA takedown notice, “The web site at gamejolt.com generates revenue from advertising banners displayed on the site and advertisements played while users wait for the games to load.”

In addition to that, many sites also failed to report that developers on Game Jolt get a cut of advertising revenue – “As a developer, you get 30% of all the revenue we make from ads on your game pages. The actual dollar amount per ad impression will vary from day to day as we try to secure the highest paying, highest quality ads.” It’s not had to be a developer. Just make an account on Game Jolt, a process that takes seconds, and upload your game.

Those two snippets of information totally change the context of the takedown request.

However, at time of writing, only a couple of sites of made any mention of that scheme and out of those who did, only Destructoid has it laid out front and center in their article –

(Update) Nintendo issues takedown notices for over 500 fan games.
[Update: Game Jolt has an ad revenue sharing scheme for developers, meaning that games distributed via this service are essentially monetized. This may help explain Nintendo’s rationale for the takedowns]

The article contributor also featured a comment by user, FakeName:

I know this response will be buried under rants and GIFs, but I’ll post it anyways.

“Still, it does suck to see a not-for-profit labour of love get taken down in such a manner.”
In this particular case, GameJolt was actually paying developers of the flash games with ad revenue, according to NeoGAF ( http://m.neogaf.com/showpost.p… ). So Nintendo had a legitimate reason to shut down several flash games on the site.

What other sites have written about the takedown and didn’t report on the advertising revenue scheme?

BGR – Nintendo kills off 500 fan games that use Mario, Zelda or Pokemon characters

It’s disappointing to see that these sites have rushed to put out articles about the takedown and seemingly failed to conduct sufficient research prior to posting them up. It’s time for less knee-jerk reaction articles and more considered posts.

That will help contribute towards helping gaming journalism to be taken more seriously.

This article is the opinion of the writer and may not reflect the position of Leet Gamers Asia or it’s other writers. 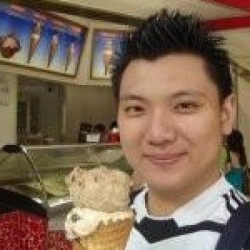 JohnnyBlaze
Life is for living so live life lively

Latest posts by JohnnyBlaze (see all)

Life is for living so live life lively