PlayStation has released a lot of exclusives over the years which have caught the attention of gamers worldwide. The idea of these exclusives were created in order to increase the demand and sales for the PlayStation consoles, as the games were exclusively made for them and no other platform.

That said, if you’re a PlayStation owner and don’t have these games on your console, what are you doing? Go and get your PlayStation Gift Cards right now and get these games!

Right, back to this. There are instances where these PlayStation exclusives get released for other platforms like the Nintendo Switch or PC, which gives us hope that this list would not end up in vain. Let’s all be hopeful and annoy Sony to give us these games on PC.

This game was one of the bigger releases of this year and rightfully so. Ghost of Tsushima is a unique experience revolving around a samurai during the first Mongolian invasion of Japan. The game brought with it a huge open world, interesting side quests, skilled combat styles, top notch graphics and audio as well as the highly beloved Kurosawa Photo Mode option. This mode renders everything in cinematic black and white as an ode to the infamous filmmaker Akira Kurosawa.

It is a shame that the game can only be experienced by those who own a PlayStation console, as it is one of those games that should be experienced by all gamers. We’re sure that gamers who are also movie buffs would appreciate this game wholeheartedly, and it would look amazing on PC with its high specs.

Sadly, it might take a while before Sony would release it on other platforms.

God of War was released two years ago in 2018 as an exclusive for the PlayStation 4. It is the sequel to the 2010’s God of War 2 and is loosely based on Norse Mythology set in ancient Norway. This is where it differs from its predecessors which were based in Greek Mythology.

The storyline follows two characters: the former God of War Kratos and his young son Atreus as they go on a journey across the nine realms to spread the ashes of Kratos’ second wife – as per her last wishes.

The journey of emotions this game takes us paired with its visuals and enticing combat is something that would definitely receive endless praise if it is brought over to the PC world. We can only hope that in the future they would expand their horizons and think of us PC users.

Hailed as probably one of the best superhero games ever created, Marvel’s Spider-Man and it’s second game Marvel’s Spider-Man: Miles Morales is a delight to all PlayStation gamers. Even though the game is basically created to accommodate the new workings of the PlayStation consoles and controllers, it would be interesting to see how this game would work on other platforms.

The fluid motions and graphics paired with one of the most beloved superhero characters out there could easily win over the hearts of gamers everywhere. This is especially true for the younger generation of gamers who are new to gaming. The Marvel’s Spider-Man series is somewhat a familiar face and is tough enough to help them grasp the techniques for future games.

But again, we might have to wait a while (or never at all) especially for Miles Morales as this game was just recently released this year in anticipation for the PlayStation 5.

Players everywhere have been asking for this series to be brought over to other platforms for years now! Let’s just hope that Sony would listen to us and eventually give in. This action adventure game with its immersive world and storytelling would be a treat to experience in the PC world.

If Sony doesn’t want to bring us the whole series, the very least they could do is bring us Uncharted 4: A Thief’s End, which is one of the best titles of the series. Nathan Drake’s adventures are similar to those of Indiana Jones and is worthy of a revival on the PC.

Even a movie is being made for the series, so why can’t it be brought over to a different platform?

For the goths and lovers of the Victorian era, Bloodborne was a beautifully made masterpiece. Not to mention the stellar combat and monsters you would have to fight as you get through the game, the high frame rate that could be accommodated by PCs would most definitely do this game justice.

A critically acclaimed game for its graphics, sound design and difficulty levels, it is a shame for Sony to let the potential of this game go to waste. If its graphics don’t take your breath away, the combat definitely will.

Aside from that, its Lovecraftian theme is a unique take on an action horror RPG and will forever remain as one of the greats.

Well, what better way to end this list than a completely out of place game in this article full of open world action RPGs. Everybody’s Golf is a golf simulation with cutesy graphics, but don’t be fooled. The game has weird levels that can leave you frustrated and annoyed; similar to getting killed multiple times in an RPG.

Sure, there is no shortage of golf simulations out there but we could also say the same about RPGs. What makes this game different is that players can drive golf carts and roam freely around the golf course which causes mayhem! Honestly, it is also really addictive to play with friends, and not everyone owns a PlayStation console.

It would be nice to be able to golf with some friends virtually, so hopefully Sony would bring the game to PC one day.

Who knows? Hopefully that when a certain time has passed, these games will be remade and ported onto other platforms. We can only look to the future and hope. 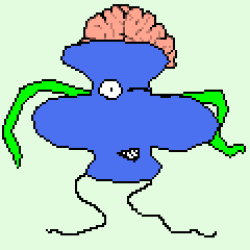