Say what you want about how great past console generations were, but this is the gen where gaming finally pushed past its novel premise, and became an art-form all its own. The games featured below are, in my opinion, this generation’s watermarks, saying a great deal of the viability of video gaming as a medium, masterpieces that could only work as the video games they so humbly know they are.

A watermark moment in mature, emotional video game storytelling, and a finely polished stealth/action experience. The bond that grew from my father/daughter relationship with Ellie, as I kept her safe through this ravaged world of sin and depravity, is something that gaming has given me that I hope I never take for granted.
#9. The Walking Dead: A Telltale Game

Not quite as polished as The Last of Us, but the story is even more gripping and characters better-written. It’s episodic release system was perhaps what made it most special, keeping us gripped throughout the year, paving the way for more and more devs to go down this route.
#8. Rayman Legends

A gorgeous cavalcade of pristine art direction and platforming perfection, absolutely loaded with content, and all of this can be tackled with up to three friends.
#7. Bioshock

Fresh of the heels of Metal Gear Solid 2’s mind-f*ckery, Bioshock paves the way for post-modernism and artistic, political storytelling, told almost entirely through the environment, and by God, what an environment that was! Rapture remains one the single most atmospheric and well-designed game spaces ever, ripe with small details that could be used for environmental combat, as well as hidden areas savvy players could access with their plasmids.
#6. Journey 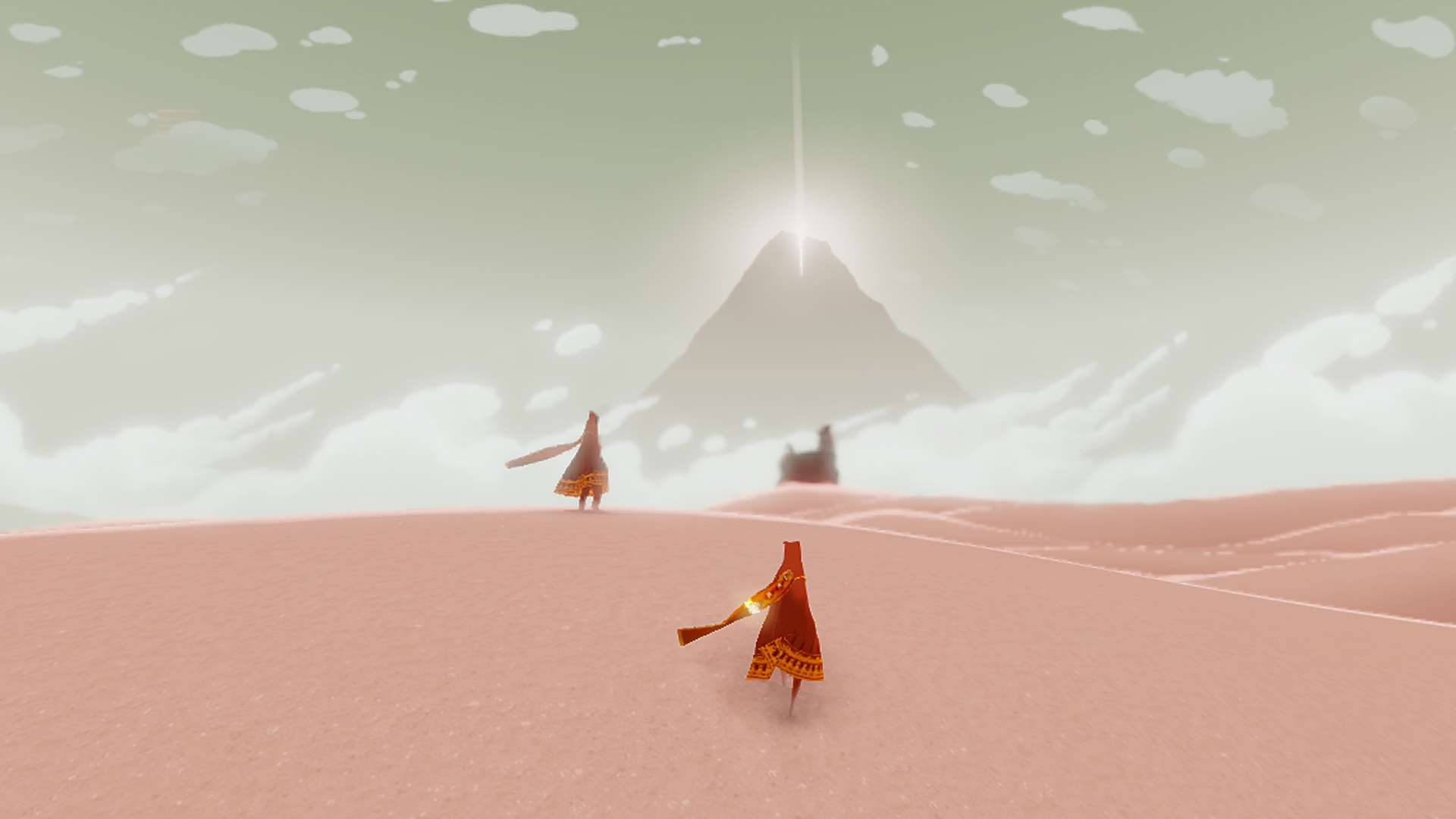 Short, but oh so sweet, emotionally-resonant indie game that thoroughly crosses out the line between video games and art, as well as the single most creative use of multiplayer elements since Gauntlet Legends.
#5. Uncharted 3: Drake’s Deception

Described by many as “the reason we play video games”, that couldn’t be closer to the truth, as Uncharted 3 is the epitome of fun. It’s writing, gameplay, imaginative set pieces, and supreme audio-visual presentation all merge together to create something truly magnificent.
#4. Uncharted 2: Among Thieves

Basically everything I mentioned above, but far better. So far featuring unprecedented pacing for a video game, or anything in any media, as far as I’m concerned.
#3. Metal Gear Solid 4: Guns of the Patriots

To me, one word sums this game up: Flawless. Absolutely flawless. An achievement in technological prowess, featuring top-notch presentation, dramatically-absurd writing, incredible nostalgia-striking set-pieces, and unsurpassed stealth gameplay. The end of gaming’s greatest saga, it pays off in spades, and manages to be even better than could ever have been anticipated.
#2. Grand Theft Auto V

Dan Houser’s latest sinful, satirical masterpiece is also his finest ever, and a true feat in crime storytelling and open-world game design. Groundbreaking for introducing 3 playable protagonists seamlessly into open-world gameplay, and using it to the narrative’s strength. The narrative features unprecedented writing for both open-world games and crime fiction in general, instilling Dan Houser as gaming’s Quentin Tarantino, who manages to write a story in an open-world game, where every mission feels essential, intuitive, creative, and devoid of filler. Jam-packed into this is the atmospheric, living, breathing, damn-near photorealistic gamespace of Los Santos with hours upon hours of polished side-content, giving this the makings of what I feel is a true masterpiece.
#1. Portal 2

Remaining the most gripping, atmospheric, and intuitively fun flash of pure narrative and game design brilliance, Portal 2 seamlessly makes gameplay the story, and vice-versa. Never taking away control from the player, and allowing you to make your way through the incredibly compelling, side-splitting narrative that blankets Portal 2’s surreal puzzle-solving gameplay. Valve has managed to create something truly magnificent out of what could have been a novel puzzle game, and with that not only the best game of this gen, but easily the best video game I have ever played. A taste of the brilliance yet to come in this wonderful medium of ours, as it matures, and leaves its “child plaything” labeling in the dust.

Video Game Reviewer/Critic at Leet Gamers Asia
Two things I love with a passion are video games and writing, and what's a better combination of those two things than being a game reviewer? 'Cause that's what I am. A reviewer for Leet Gamers Asia.

Two things I love with a passion are video games and writing, and what's a better combination of those two things than being a game reviewer? 'Cause that's what I am. A reviewer for Leet Gamers Asia. My tastes in games breach all genres, though my fortes are platformers and first-person shooters. My favorite game series is probably Super Mario, specifically the 3D games. I also love Rayman, Hitman, Bioshock, Half-Life/Portal, Uncharted, and Grand Theft Auto. As for my favorite game, it's hard to say: I love Portal 2, Shadow of the Colossus, Half-Life 2, Bioshock, Resident Evil 4, Super Mario Galaxy 2, Rayman Legends, Hitman 2: Silent Assassin, Grand Theft Auto IV, L.A. Noire, Fallout 3, Journey, and Metal Gear Solid 3: Subsistence all so damn much.

5 thoughts on “The Best Games of this Generation: rigbybot127’s picks”